Who doesn’t love Halloween?! You get to eat a bunch of candy, carve pumpkins, and go to themed parties while dressed up as something funny and/or scary. But as easy as it is to arrange a Halloween party for your friends, throwing one for children is a completely different story. After all, you can’t rely on the same tricks for a kid-friendly bash as you would for adults, which is why you should put a bit of extra planning in before your kids’ party kicks off. Follow these tips and your party should be a big hit—without breaking the bank.

It’s All About the Invitations

While invitations don’t really matter so much for adult parties (that’s what Facebook is for), they are a little more important for kid’s parties. Make some clever invitations that announce the most important party details—the what, when and where. You want your party to stand out from the others, which might be the difference between having a full house or having a ghost town. Make cute invitations on VistaPrint.com.

You do not want to forget about the parents when throwing a kid-friendly Halloween party, so make sure to encourage them to dress up too. Convince parents to get in on the fun—there are plenty of fun (and appropriate) adult Halloween costumes!

Know When to End It

You need to figure out when the party will end before the big day. If the kids are on the younger side, you don’t really need the party to last longer than a couple of hours. After all, little kids start having meltdowns after a couple of hours anyway and parents will probably be ready to take them home around then. If the kids are a little older, you could extend the party into the next morning and throw a slumber party. Regardless as to what you decide, make sure that it is clear on the invitations so that the parents know ahead of time.

Make Sure to Decorate

It’s Halloween and if your party doesn’t have killer decorations, it is a failure. You can either buy decorations from a Halloween party store or the internet or make your own. The good news is that kids are impressed by very little and you don’t have to go all out with the super creepy decorations (you don’t want to scare them after all). Keep it simple and decorate with balloons, fake spider webs, fun animatronics that are motion activated and skeleton cut-out decals for windows. If you want to go all-out, you can even hire some fun character actors to dress up as classic Halloween ghouls, like vampires and Frankenstein.

While Halloween is definitely about scoring tons of candy, chances are that the kids will be going trick-or-treating very soon, so you don’t need to give them bags of sweets. Instead, prepare some fun snacks that are on the healthier side, like monsters with candy corn teeth (apple slices spread with peanut butter arranged into a smile, with little candy corns stuck in to make teeth).

Party games are fun for everyone, so make sure to have a few planned to take up an hour of the party. You can do things like have a three-legged race, a dance contest, or even a crafts table where the kids can make cool Halloween masks. You can also have a costume contest where the kids can parade around in their best looks or flip the script and get the parents in on the action. If the parents come dressed up, have a surprise costume contest where the kids get to pick their favorite adult costume.

Send Them Off With a Bang All kids’ parties should end with goodies bags, even Halloween parties. You don’t have to spend a lot on these though, because kids can have fun with pretty much anything. Grab some cute bags with Halloween themed prints and fill them with little toys, monster stickers and a few pieces of candy. 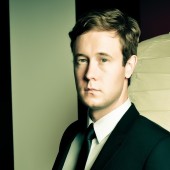 6 Ways to Save Money

The Pros and Cons of Prescription Medication